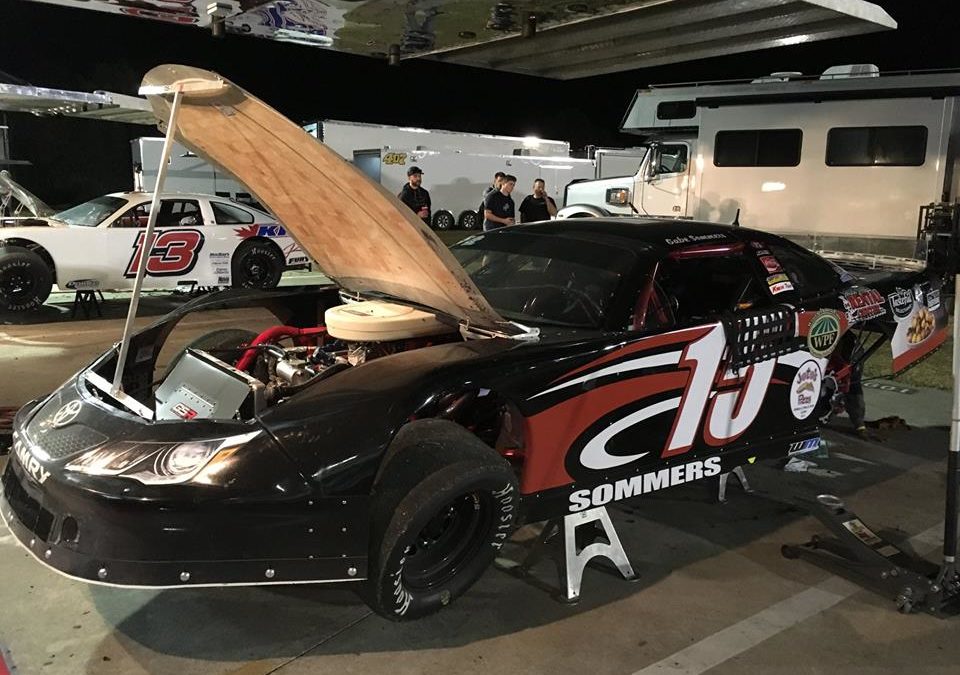 Follow along with Gabe Sommers Racing as the team battles a tough field of Super Late Models during the 2019 edition of the World Series of Asphalt Stock Car Racing at New Smyrna Speedway.

Gabe Sommers and the GSR team used Tuesday’s 50-lap Super Late Model feature as a learning experience. The team worked hard throughout practice and qualifying as well as the main event to find a strong setup under the No. 15. Those efforts were rewarded with a top-10 finish, but it wasn’t quite what the team hoped for going into the night.

“We had an OK night,” said Sommers. “We tried some stuff and it didn’t work out, but we will keep making it better and hopefully we can get into Victory Lane.”

Gabe Sommers kicked off his 2019 Speedweeks campaign with a top-ten finish. His seventh place run in his new Wimmer Motorsports FURY Race Cars is a career high for the Wisconsin driver at New Smyrna Speedway and was a solid start to a week of racing in Florida.

“It was a pretty good night,” said Sommers. “Just really trying to dig to get a top-five, that is my main goal. I learned a ton, especially what I need to do on restarts to be able to use that the rest of the week.”

The Gabe Sommers Racing team has arrived at New Smyrna Speedway for nine nights of Super Late Model Racing during the World Series of Asphalt Stock Car Racing. The team unloaded fast, as Sommers finished the day’s test session fifth on the speed chart. It was a solid start to the Speedweeks action at the Florida half-mile. Action officially gets underway on Friday, February 8. Gabe will battle in the first 35-lap SLM feature of Speedweeks that evening. FansChoice.tv will have a live video stream of the night’s events.