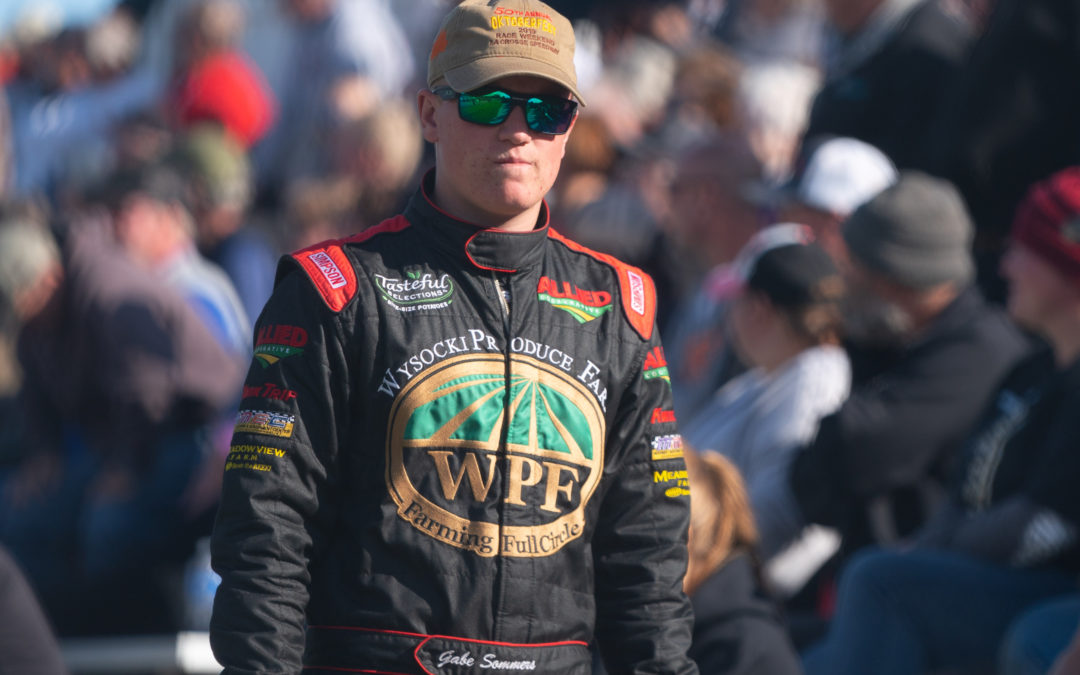 Gabe Sommers earned the title of 2019 ARCA Midwest Tour Rookie of the Year Sunday to cap off a successful Oktoberfest weekend at LaCrosse Speedway.  With three races in four nights, the Plover, WI driver never finished outside of the top-ten in overall standings.

“I think we did decent,” said Sommers, “We definitely know what we need when we go back there next year.”

Sommers’ Oktoberfest weekend kicked off with a second place finish in the Futures Feature on Thursday night.  Sommers battled hard with Derek Kraus over the closing laps for the lead, nearly getting to the inside on the final lap.  Despite driving from ninth to second, a postrace tech infraction of left-side weight percentage would negate the effort.

“One of the best moments was battling for the lead on the last lap with Kraus,” said Sommers.  “That was a lot of fun.”

Friday night Sommers put together another solid run in the Trickle 99.  Consisting of three 33-lap segments, the 16-year old driver put together finishes of fifth, 15th and second to place ninth in the overall standings.

Oktoberfest weekend wrapped up Sunday afternoon with the ARCA Midwest Tour Oktoberfest 200. After qualifying 13th, Sommers drove up to fourth position by the time most of the field came down pit road for tires at a competition caution. The young driver fell back a few positions to come home ninth,  but that top-ten finish helped solidify Rookie of the Year honors.

“It feels good to be Rookie of the Year in the Midwest Tour and finish top-five in points,” said Sommers.  “It was a lot of fun being able to run that many laps each not and not have anything to fix.”

“At the beginning of the year the plan wasn’t to run an entire series or compete in points,” said Wimmer Motorsports Owner and Gabe Sommers Racing Crew Chief Chris Wimmer.  “When there were some changes to the schedule and GSR made the decision to run the entire Tour schedule, we all rose to the occasion against some of the toughest competition in the country.  Winning Rookie of the Year in that series is definitely something to be proud of and we’re thankful we could be part of it.”