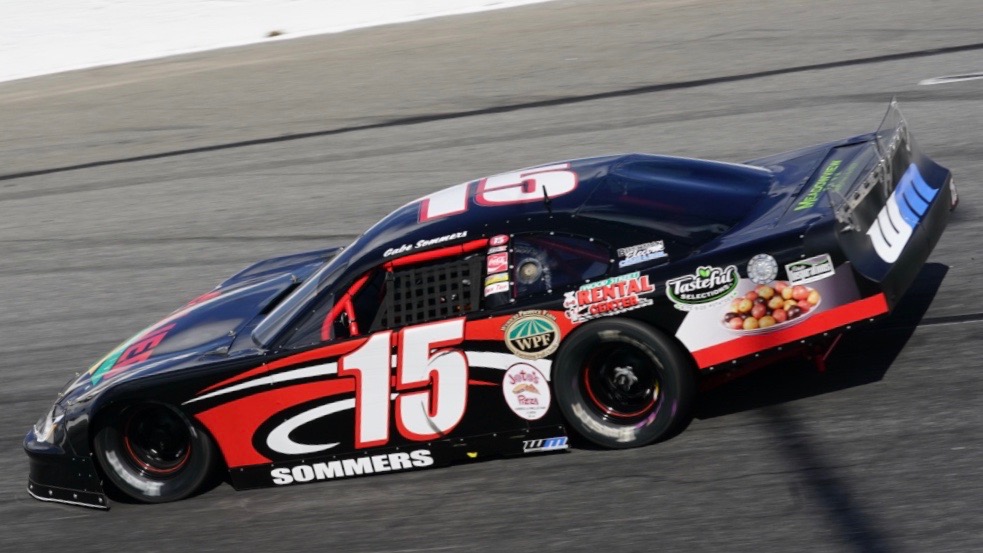 Gabe Sommers kicked off his 2019 season in the best way he knew how; a solid week of racing at New Smyrna Speedway for Speedweeks.  After just one top-ten finish during his Speedweeks foray in 2018, the Plover, WI driver recorded five top-ten finishes, including two podium runs and a second-place finish in the overall Super Late Model point standings.

“It was a great week of racing to start the year,” said Sommers.  “To be able to run up front this year and even compete for wins was really exciting and I think speaks to the caliber of race team we have.”

“I was very impressed with Gabe and the whole team throughout the week,” said Wimmer Motorsports team operator Chris Wimmer.  “We have been looking forward to working with Gabe this year and I was impressed with his racing abilities and the consistency he showed at New Smyrna.”

“Gabe did well,” said Wimmer Motorsports Crew Chief Travis Sauter.  “He showed natural speed right away and we continued to communicate and get the car faster the whole week.  He exceeded my expectations for a 15-year-old driver.”

Besides great finishes, the consistency the 15-year-old driver showed throughout the week earned him the runner-up position in the World Series of Asphalt Stock Car Racing points.  Sommers was third heading into the final night and a hard-earned 14th place finish in the 100-lap race bumped him ahead one position, but still one spot behind short track veteran Bubba Pollard for the championship.

“It means a lot to be runner-up to one of the best short track racers in the country,” said Sommers.  “He had three wins throughout the week, so we knew it would be tough to catch him that final night, but to run so well all week and put ourselves in a position to be talked about as a championship contender was awesome.”

“When you’re running second to Bubba (Pollard) in races or in points, which Gabe did both of, you’re doing something right,” said Wimmer.  “We always have faith our cars will have speed, but you still need someone good behind the wheel and Gabe definitely got it done this week.”

Speedweeks marked the first race where Gabe Sommers Racing (GSR) teamed-up with Wimmer Motorsports.  During the off-season the team built two brand new Fury Race Cars and have plans to work together this year and build a relationship for years to come.  The week in New Smyrna, Florida was a solid start to their partnership and leaves a lot to build on as they start their Midwest season.

“I think we are ahead of the game being able to come back with six nights of racing without tearing up any cars,” said Sommers.  “The speed we showed down at Speedweeks makes me excited to get back in the car and show everyone in our area what we’re capable of.”

“Gabe races smart and understand what he is feeling in the car,” said Sauter.  “As he gets more experience in these new cars, I expect he will be a contender to win quite a few races this year.  I’m looking forward to being a part of that.”

“This was a great start to our relationship with Gabe and GSR,” said Wimmer.  “Together we have all the tools and I expect to see great things from him this year, including some trips to Victory Lane.  Speedweeks is a great building block and we will continue to improve throughout the year.”