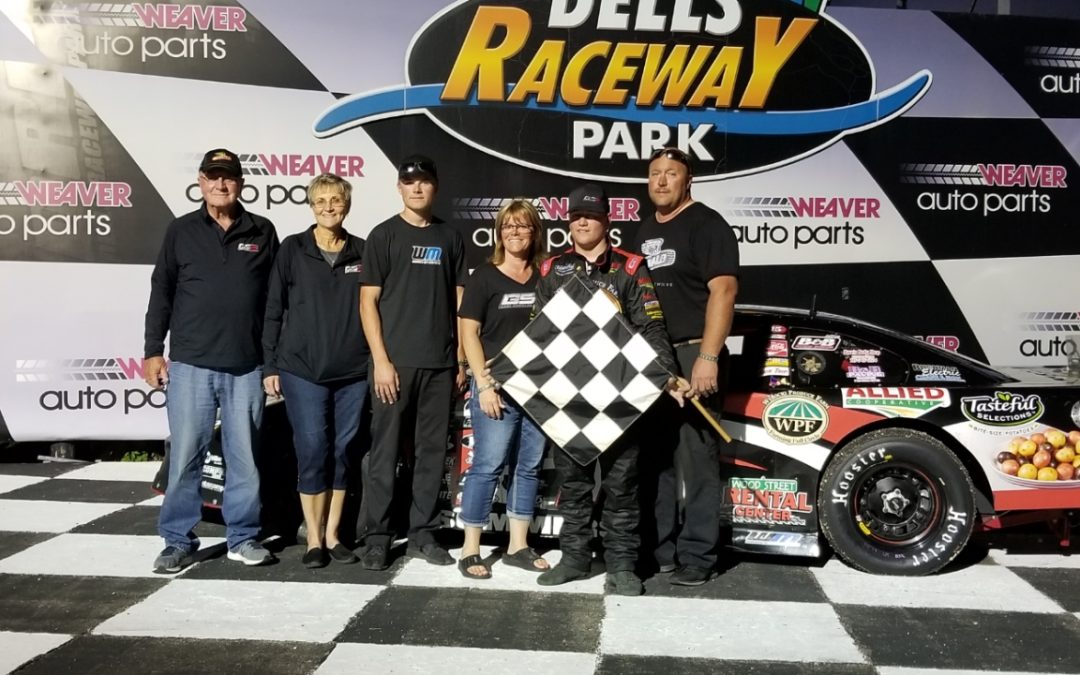 Gabe Sommers picked up his first career TUNDRA Series win Saturday at Dells Raceway Park.  The Plover, WI driver had a runner-up finish at Marshfield earlier this year, but this marks the first time he’s taken the checkered flag with the Midwest based Super Late Model racing series.

“It feels so great to get the win,” said Sommers.  “There were a lot of good cars here and to not only be competitive, but win is really exciting.  It’s a special night.”

“Gabe ran a smart race,” said Wimmer Motorsports Crew Chief Travis Sauter.  “We had a really fast car and he took advantage of it.  We discussed executing certain situations and he did a great job of putting the car in the right spot.”

Sommers qualified his Kwik Trip, Dekalb, Allied Cooperative, Wysoki Family of Companies No. 15 Fury race car in the fifth position and wasted no time working his way to the front in the 75-lap feature.  He took over the second position just before lap 50 and eight laps leader made the pass for the lead and never looked back.

“Right when we unloaded the car just seemed to feel right,” said Sommers.  I definitely knew we had a long run car, especially with how fast we were running on our old tires.  To get the win just feels so great, especially to be able to run door to door with Casey Johnson and other talented drivers.”

Next-up for the 16-year-old driver is a trip to his home track of Golden Sands Speedway on Friday, July 12th followed by a quick turnaround to Marshfield Motor Speedway on Saturday, July 13th for the second Wisconsin Challenge Series race.