Trouble crops up for Sommers at New Smyrna after fast start 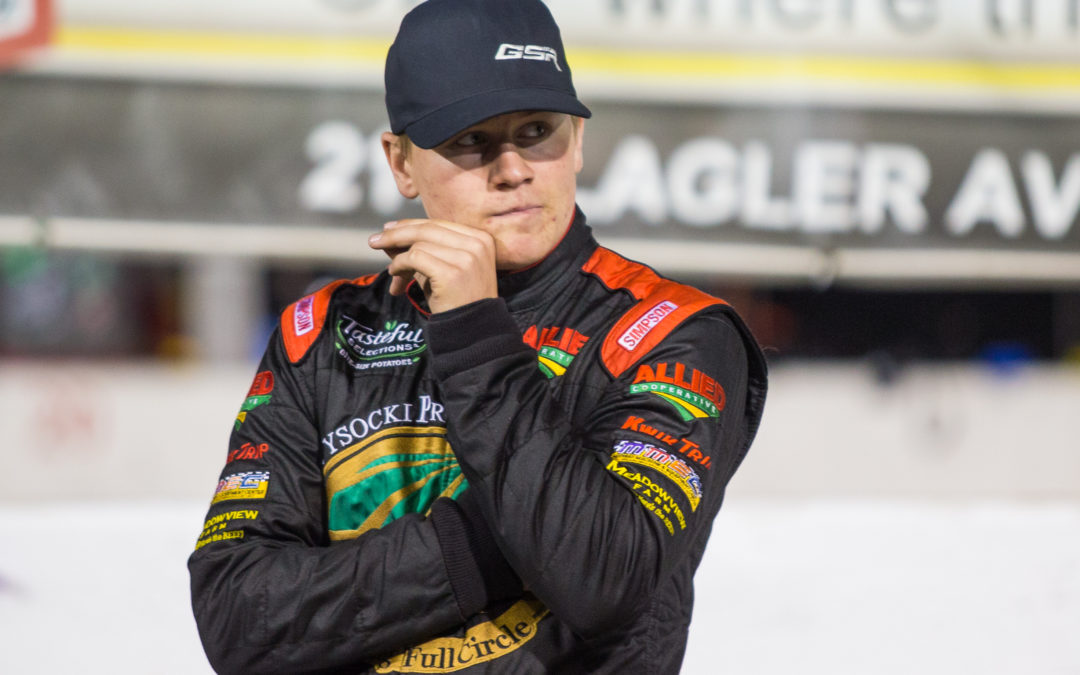 A combination of clutch and motor issues forced Sommers to make a pit stop on Lap 157, during which crew chief Chris Wimmer determined the No. 15 couldn’t continue. Sommers finished 12th.

“The car was really good and the clutch started to slip,” Sommers said. “We lost a few positions on every restart. I felt if we didn’t have the clutch slipping. we probably would have run top three. Then later we had some motor issues.”

The setback came on the heels of an anxious and exciting buildup to the race.

However, the final practice session featured some slower-than-anticipated lap times that posed serious questions prior to qualifying.

“We had a lot of practice. I felt like we learned a little bit,” Wimmer said. “We struggled that last practice and went back to where we thought we were the best and ended up qualifying good.”

Fast when it counted

GSR owner Scott Sommers thought it may have been the best lap the No. 15 has ever run at New Smyrna.

“Chris and Travis (Sauter) made some good adjustments before qualifying, and the car was probably the best it was all weekend,” Gabe Sommers said.

Sommers ran strong early in the race. Even after losing a few positions out of the gate, Sommers stayed near the front of the pack and worked his way back through the field from sixth to third.

Sommers avoided multiple cars that spun out on the back stretch shortly after the first scheduled caution of the night, which followed 50 consecutive green flag laps to open the race.

He called the narrow escape “the closest call of my career.”

Fast forward to Lap 113 – when the field was given its second scheduled caution – Sommers still sat fourth.

Much of the field entered the pits for tires during the stop. Wimmer decided to grab two left-side tires first and save the right-side rubber for the second stop and stretch run.

The clutch issues started to impact Sommers before a second tire change could happen. Sommers fell from fourth to eighth over 14 laps from his first pit stop until the next caution. The No. 15 dropped to 11th by Lap 150.

“(That clutch) has been in the car all year,” Wimmer said. “I don’t know if something happened on the one restart where it just slipped it and ended up killing it.”

Sommers entered the pits on a green flag seven laps later and never re-entered the track.

“Gabe did a good job first half of the race,” Wimmer said. “The race played out a little different than I thought it was going to.

“We had good speed. He did a good job and didn’t tear anything up. It was a good weekend other than a DNF. At least we know the car was really close in qualifying and in the beginning of the race.”

Sommers said the team still had positives to take away from the weekend.

“We got a ton of notes for next time, and we tried a ton of things and found what works and what doesn’t work,” he said. “We take that and then just move on with it.”