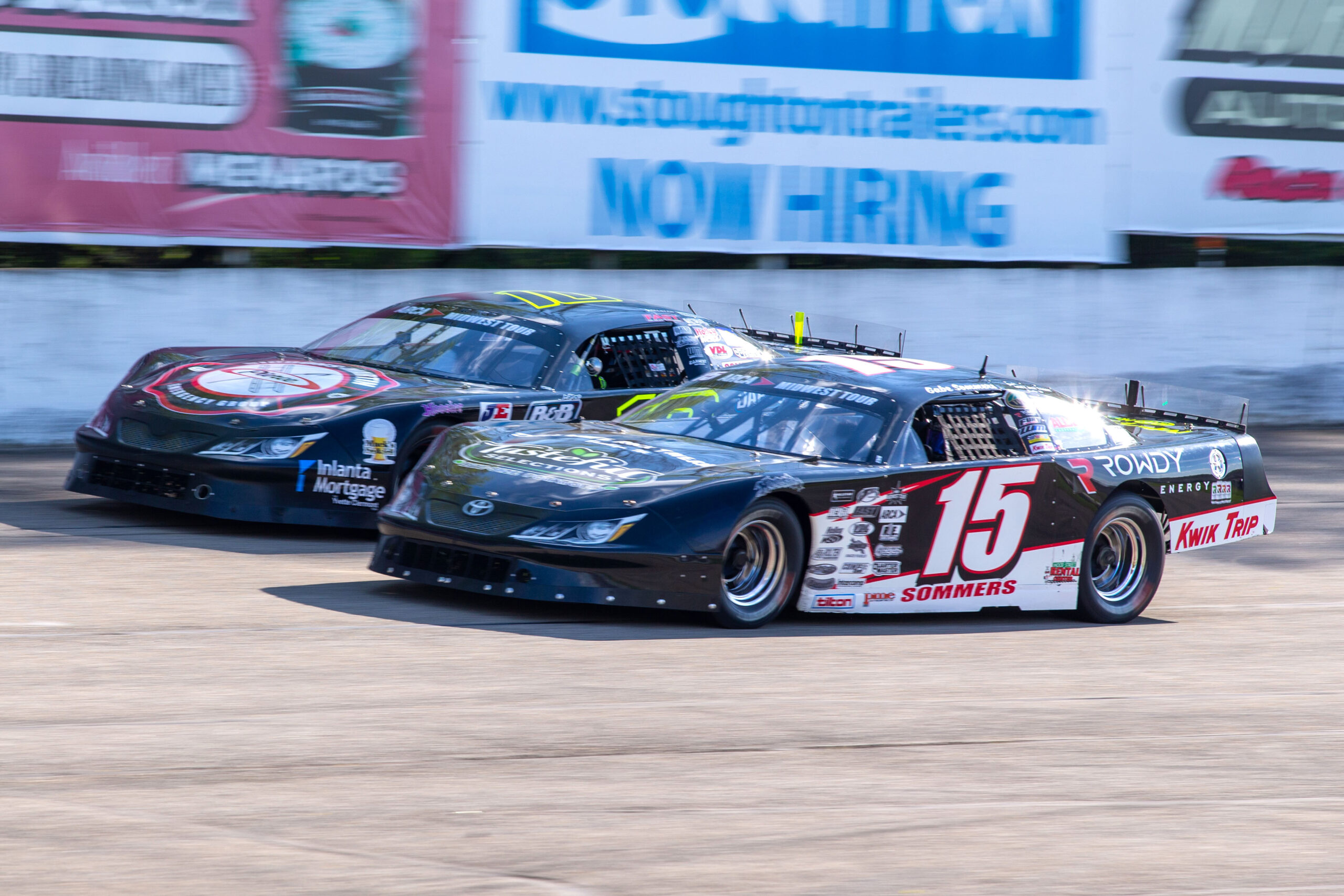 OREGON, Wis. — Gabe Sommers kicked off the 2021 ARCA Midwest Tour with a top-10 finish in the Joe Shear Classic 200 at Madison International Speedway on Sunday.

Sommers climbed to a ninth-place finish after qualifying 16th among a field of 32 cars attempting to make the feature. Rich Bickle and his No. 36 won the race.

“I feel pretty good about the weekend,” Sommers said. “The field was really tight. Track position was big, and I lost some in the beginning of the race (falling as far back as 18th). We had a few things go wrong in the car…but we came up through the field.”

The 200-lap race around Madison’s half-mile oval featured a series of bumps and learning moments for the newly paired driver and GSR crew chief Jeff Fultz, including one moment when the car stalled and another when Sommers was dealing with carbon monoxide entering the car.

“We had a dash panel fall down and carbon monoxide Gabe,” Fultz said. “That’s hard to handle in these cars when there is so much heat. It makes your head hurt. It’s definitely something we won’t let happen again and something I haven’t seen before.

“(Overall) it was a good weekend. Being new together, we just executed not as well as we needed to. The car was good, but we had a couple hiccups.”

Sommers battled the extreme temperatures and fumes for a number of laps before a caution flag allowed him to maintain track position while the Gabe Sommers Racing crew fixed the problem.

“The interior tin fell out,” Sommers said. “The header’s pipes are 2,000 degrees, and it was pouring in wide open. I couldn’t even breath. I thought I was going to have to pull in it was so hot.”

Sommers rebounded nicely once the issues were corrected and found himself picking away at the field as he climbed nine spots, thanks in part to strong communication between him and Fultz, who is the competition director of Fury Race Cars — the manufacturer of Sommers’ vehicles.

Fultz will serve as Sommers’ crew chief for GSR’s biggest events for the duration of the 2021 season.

“I really like working with Jeff. I think it’s a really good thing for our program,” Sommers said. “He’ll be with us for all our big races. I’m excited to work with him more, and I feel like we’re connecting really well.”

Fultz said while the car may have been capable of better than a ninth-place run, earning a quality finish to open the Midwest Tour was the most crucial objective and success of the weekend.

“The first three or four races set the tone for the whole year,” Fultz said. “Then you can really make a run for the end. To run 200 laps here, it’s a hard race on everybody.”

The Midwest Tour held an informal trackside banquet Saturday to wrap up the 2020 season. Sommers was awarded the 2020 Larry Detjens Sponsorship Award as well as a trophy for his runner-up finish in the points.

Gabe Sommers Racing thanks all its sponsors, including Tasteful Selections, Kwik Trip, Rowdy Energy and DeKalb.