PLOVER, Wis. — A different voice crackled over the radio into Gabe Sommers’ helmet nearly every weekend during the 2020 racing season.

Sommers did his best to digest and apply every piece of instruction he received as the Gabe Sommers Racing (GSR) team shuffled crew chiefs on a near-weekly basis, but with as often as the voices and philosophies changed, continuity was hard to find.

Sommers and the GSR team managed a fifth-place points finish in the ARCA Midwest Tour in 2021, but each week felt more like starting over more than any real week-to-week progression. When the offseason hit, team leaders discussed the need for a singular voice to get the best out of Sommers and crew from the shop to the track and back again every week.

Enter Travis Sauter, 39, who brings a lifetime of auto racing experience and success, undeniable competitive drive and an affable personality to a team looking to win a championship.

“I’m excited,” Sauter said. “There’s a lot of work to be done and a lot of work has already been done, but there’s still a tremendous amount to do behind the scenes.

“These races are won and lost before you even leave home — the organization of all your equipment, being prepared, everything. Everyone can buy the same equipment, so it’s gonna come down to the people and how the program is run. That’s a big, big thing we’re trying to do here.”

Sauter has past success with GSR

The newly minted GSR crew chief is no stranger to the team’s hauler. Sauter served as co-crew chief for the team with Chris Wimmer in the past and helped the team on its last trip to the World Series of Asphalt in New Smyrna, Fla. in 2019.

Sauter and Sommers immediately built a strong rapport, and the on-track performances tended to be stronger when Sauter was around. Team manager Dan Sommers said GSR hoped to get Sauter in the driver’s ear last year, but things never quite lined up to make it happen. 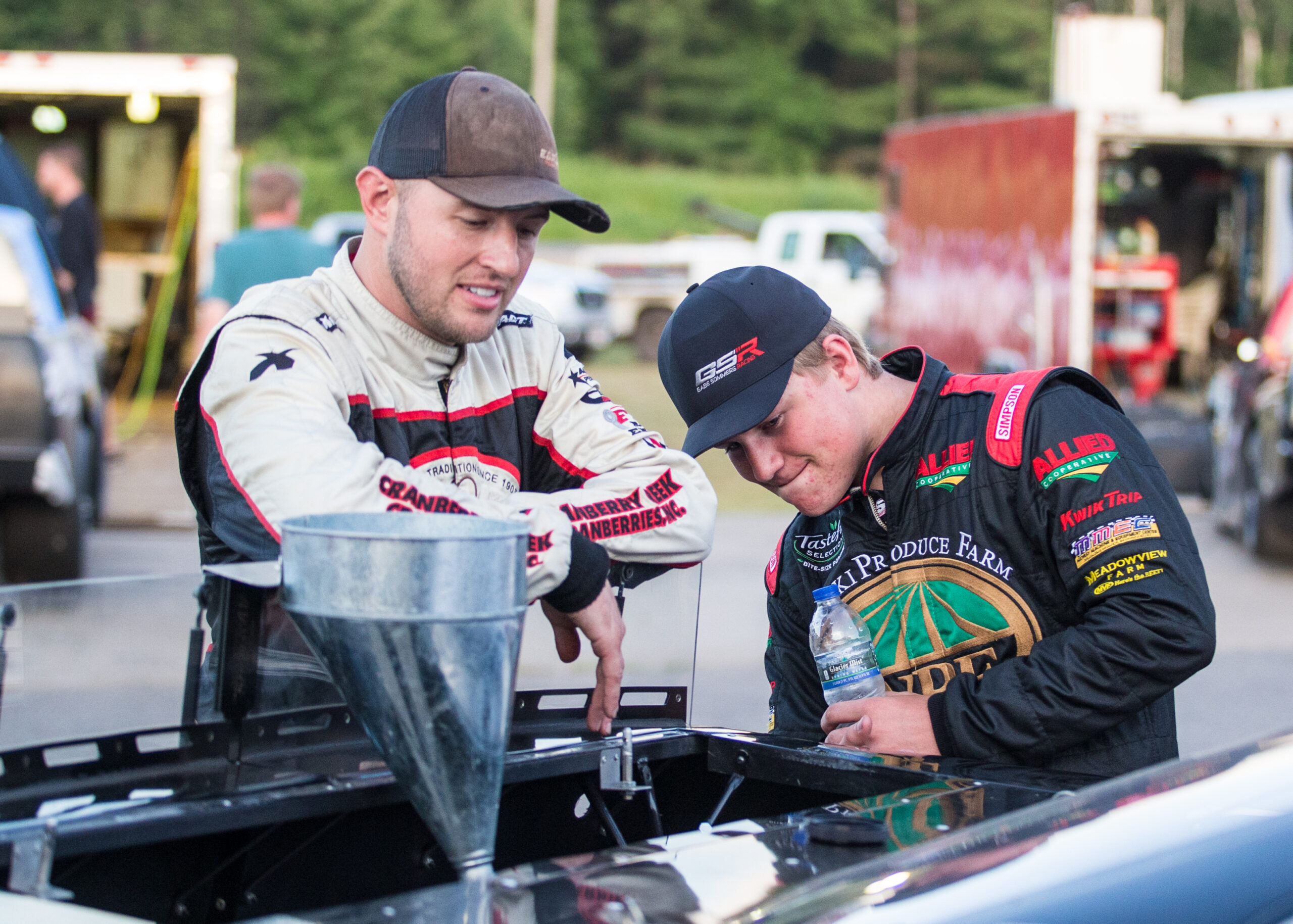 “I think the past history showed us there was some success with Travis right out of the gate, especially when Gabe was younger,” Dan Sommers said. “We went to Florida with Travis in 2019 and we finished second in the points (at World Series of Asphalt).

“Travis is always looking for new things to try to get an edge on somebody. Travis always brought those types of unique things to the table when we got to work with him more and that’s what we thought we needed for this year.”

Sauter never planned his initial steps to becoming a crew chief — he still enjoys driving a part-time racing schedule — but he enjoys the preparation, ideation and helping people and personalities come together.

GSR spotter Max Sommers expects Sauter’s full-time addition to be a boon to the team, in part because of the new crew chief’s on-track record.

Sauter said he can’t imagine serving as a crew chief without seat time of his own. Sauter relies upon his own driving experience to relate to his driver and make decisions when it comes to adjustments made to the car.

He believes he can help Sommers develop an aggressive-when-necessary driving style to take the 18-year-old from promising young driver to veteran contender.

“There’s a spot where if he’s got the car to beat and he’s got to ruffle some feathers to make it happen, you’ve got to be able to do that and be okay with it,” Sauter said.

“You don’t want to take a 10th place car and tear the (crap) out of it, trying to finish ninth. That doesn’t really make a whole lot of sense. But if you have the car to beat, you’ve got to find a way to get it done. And that comes with experience. That’s not a knock on Gabe or any other young driver, that’s just learning how to win.”

When Gabe hears Sauter’s voice in his ear this season, the messaging will be consistent. The decisions will be based on what the team has learned in prior weeks. And, perhaps most importantly, Gabe will trust implicitly a fellow driver in his ear.

“Travis is a winner, and that’s what you have to have,” Gabe Sommers said. “I think it’s just going to be the last piece we were missing for a while.”