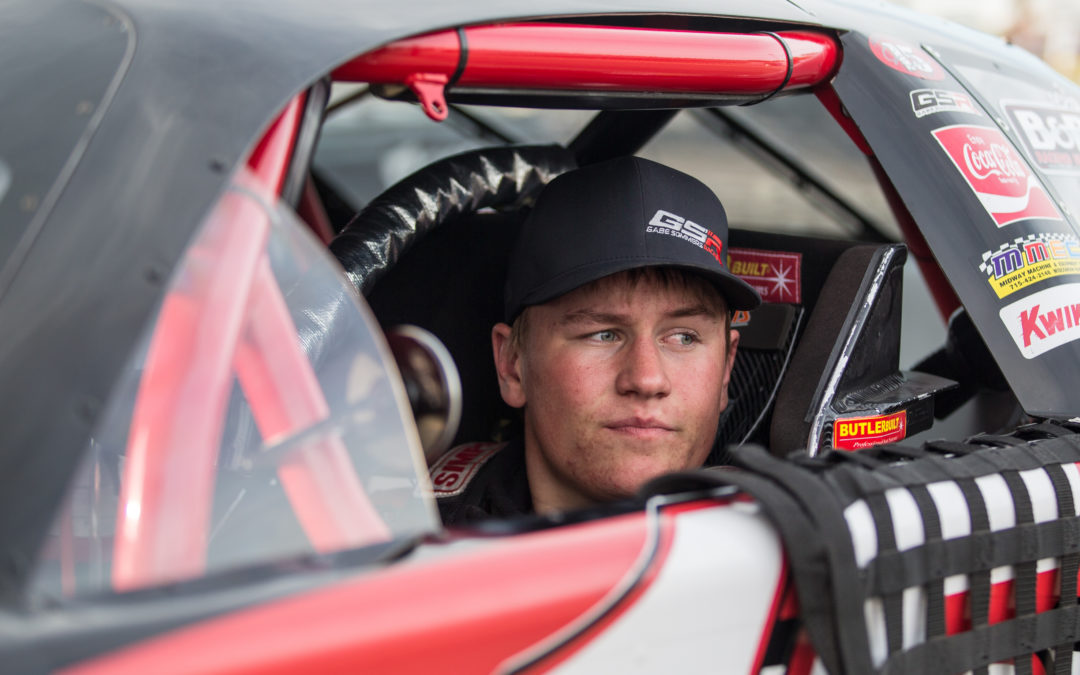 The Gabe Sommers Racing team recently learned even more comes with the award that only Nascar Monster Cup driver Matt Tifft earned at a younger age.

The highlight of the award package is the opportunity to participate in the ARCA Menards Series test sessions January 10-11 at Daytona International Speedway.

The weekend serves as a chance for dozens of ARCA teams to test before the series’ season-opening race. It also invites select qualified drivers from regional tours to test the famed speedway in cars prepared by 1995 series champion Andy Hillenburg’s Fast Track High Performance Racing team.

“It’s basically once in a lifetime,” Gabe Sommers said. “Almost nobody gets to race at all. To be able to race at Dayton would be crazy.”

The closest Sommers has ever come to running the 2.5-mile tri-oval course is on his iRacing computer simulator.

“I don’t think that is anything close to what it would be like in real life,” he said.

The Hillenburg race cars are similar weight and engine size to a Monster Cup car, which will provide a unique opportunity for Gabe and GSR.

“All the hard work that we did this year and to be able to win Rookie of the Year was a huge accomplishment for everybody,” GSR team manager Dan Sommers said. “And for Gabe, you know the confidence that he has in the super late — this will only give him more confidence to be able to jump into something like that and be able to compare the two vehicles.”

Gabe Sommers Racing will also receive a new Roltek transmission and a Tiry engine lease for earning Rookie of the Year.

Sommers edged fellow rookie Carson Kvapil by 18 points and one spot in the overall standings. The No. 15 GSR machine finished fourth (749 points) and Kvapil fifth (731).

“It was a lot of fun to watch,” ARCA Midwest Tour owner Gregg McKarns said. “With Kvapil having won a race last year and Gabe having strong showings throughout the state and what he was able to accomplish at Speedweeks — I knew coming out of Florida in February we’d have a good battle on our hands.

“And then, Ryan Farrell, threw his hat in the ring for a while too and ran well before he had some mechanical gremlins. All three of those drivers have a bright future, and it was fun to watch it come down to the 35 and the 15.”

The season ended in celebration for Gabe Sommers Racing, but it took focus for the No. 15 to overcome a tough start.

Sommers suffered a wreck and 22nd-place finish at Madison International Speedway to begin the season. He placed 17th at Rockford on June 29.

The focus was never on the rookie points chase, in part, because the team believed it may have been out of the running thanks to the rough start.

Sommers’ received a boost the following week when he won his first ARCA Midwest Tour event, the Larry Detjens Memorial at State Park Speedway in Wausau on July 27.

“The races we finished we were up front,” Sommers said. “Week in and week out we were a top-three car. We just needed to get through the field and not get in wrecks or have mechanical failures. We worked through all that. If we kept the nose clean, we always ran out front.”