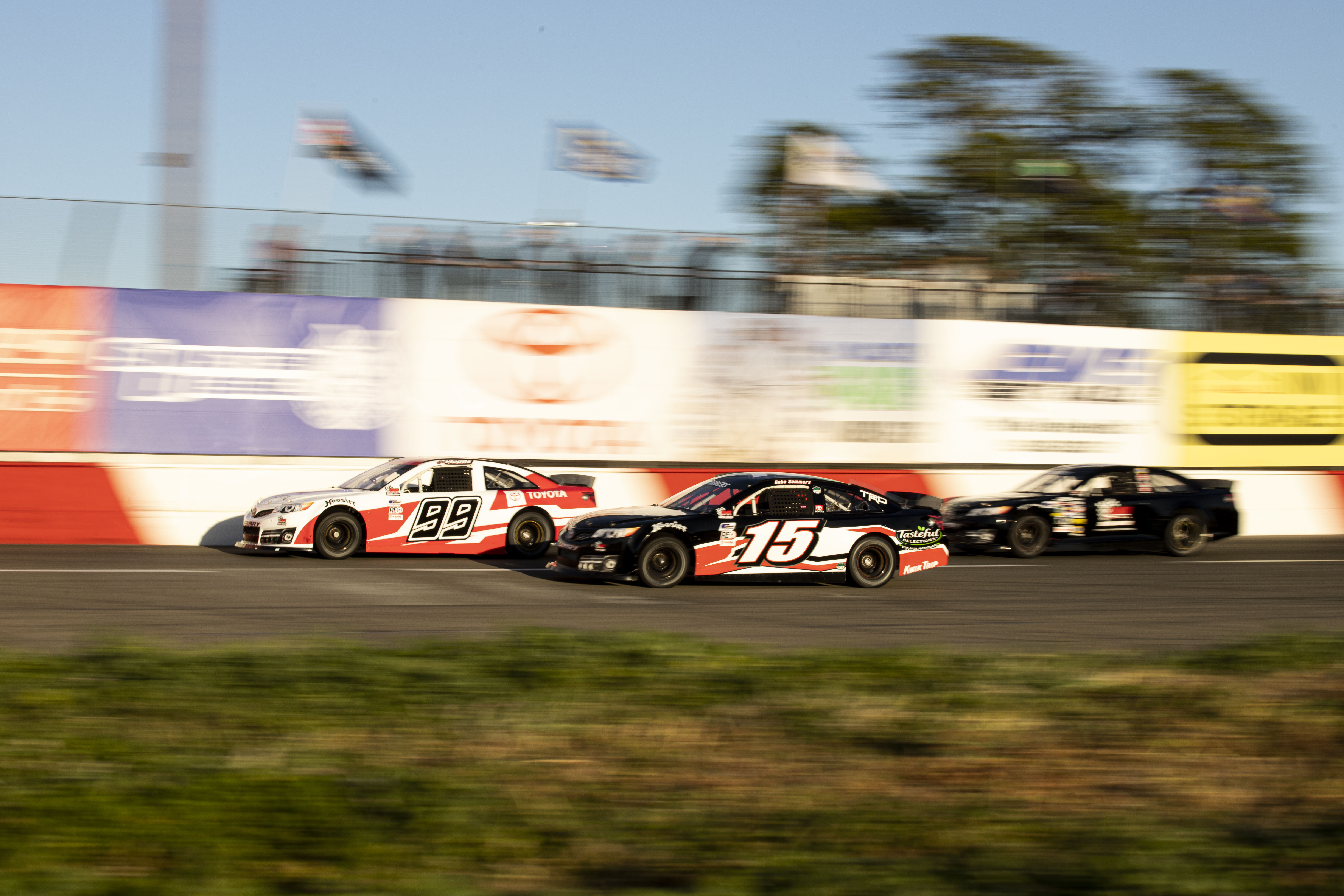 ROSEVILLE, Calif. — Gabe Sommers earned fast time at his first BMR Drivers Academy event Friday. He also grabbed a second-place finish in one of two races he ran and gained a California-sized nugget of experience for when he returns in April.

It was a near-perfect weekend for the 17-year-old driver from Plover, Wis. who couldn’t wait to get behind the wheel of the No. 15 ARCA car.

“It went really well. I learned so much,” Sommers said. “The car, the guys. So much is different than running super late models. It’s great to get a different look at different cars, different tracks and get so many opinions.”

One lesson in particular stood out to Sommers.

The 625-horsepower ARCA car weighs roughly 500 pounds more than the super late model Sommers has grown accustomed to driving the last three seasons. Sommers said the added weight gives the feeling of the car being pulled up the track through the corners, if driven too aggressively.  And braking is a “whole different ballgame.”

“The smoother you drive, the faster the car goes,” Sommers said. “You can’t drive it as hard as a super late, and sometimes that’s a hard thing to tell yourself. With the horsepower and weight of the car, you can burn things up really quick.”

The race that followed was short but intense. Sommers battled Moore for the top spot the entire race, but the former All American Speedway track champion edged Sommers on his home asphalt.

“If I would have had 10 or 15 more laps I think I would have been able to make a move for the win,” Sommers said. “I feel like our car was really getting better. The 35 laps went really quickly.”

Sommers hoped to take what he learned Friday and apply it to Saturday’s race — a 50-lap feature. He posted the fastest time in practice by nearly two-tenths of a second, but the pre-race success didn’t translate after the green flag dropped.

Sommers finished fourth within the five-car Academy field. Despite the finish, Saturday’s practice session stood out as one of his favorite moments of the weekend.

“We made so many adjustments we thought would help the car,” Sommers said. “We were flying in practice. We haven’t quite figured out why the car wasn’t as good during the race, but hopefully we can capitalize on what we learned and do even better the next time.”

The transition back to his more familiar driver seat may be a bit of a the shock.

“I feel like when I get back in my super late I’m going to go a lot faster. I have to,” Sommers said. “It’s so much lighter, it’s going to feel like I’m driving a go-cart.”