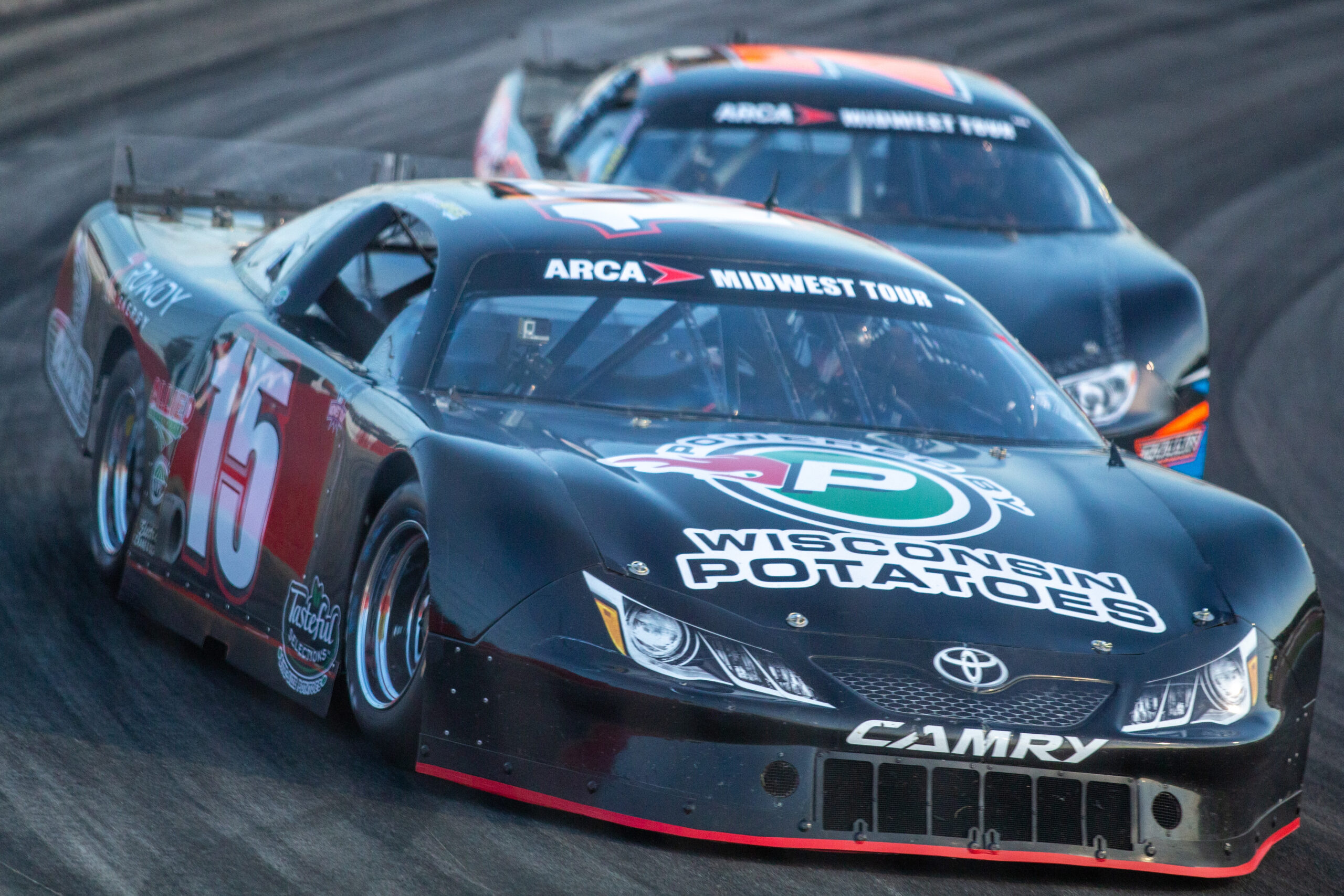 Sommers had just posted his best ARCA Midwest Tour finish since a runner-up performance at the Milwaukee Mile nearly a year ago, and both he and Sauter couldn’t help but feel like a victory was win the team’s reach.

“We’re just so close, we gotta break through and get a win,” Sauter said. “It feels like it could start an avalanche.”

GSR didn’t need to wait long for its next opportunity to reach victory lane, and Sommers capitalized.

Sommers won the Memorial Day Trickle 99 at Golden Sands Speedway and a $5,000-to-win purse after setting fast time in qualifying. The Powered by Potatoes super late model surged to the front, advancing from its seventh-place starting position to the top of the field by lap 9.

If Sauter is right about the potential avalanche, look out.

Sommers never relinquished the lead. He set the pace for 90 straight laps and earned his first super late victory since a TUNDRA series win at Jefferson in 2020.

“We learned a lot at Jefferson (on Saturday) and ran pretty well,” Sommers said. “We brought some of what we ran at Jefferson here and that was the difference.“

Sauter hopes GSR’s superb weekend builds steam for the rest of the season, just months after Sommers and Sauter first teamed up before the 2022 campaign began.

“You just want to continue to build momentum,” Sauter said. “Realistically we probably started from scratch for our notebooks as far as setups go and our communication together. I think you’ll see us continue to get better once we get back to some of these tracks a second time.”

Sommers ran in the second spot most of the night. He did have to fight through a series of restarts to climb back from fourth place late in the race to regain second position.

“The restarts are a huge factor to get track position,” Sommers said. “If you can’t do it on the restart, I’m not sure you’re going to be able to. Everybody is so close and everybody’s cars are so good, it’s hard to pass (at Jefferson).

“We struggled at this place last year (a 14th-place finish), so to come back with a second-place finish is great. We had a pretty good car. Just need a little adjustment to get the win, but we’re there now.”