In the rearview: 2019 a stellar season for GSR 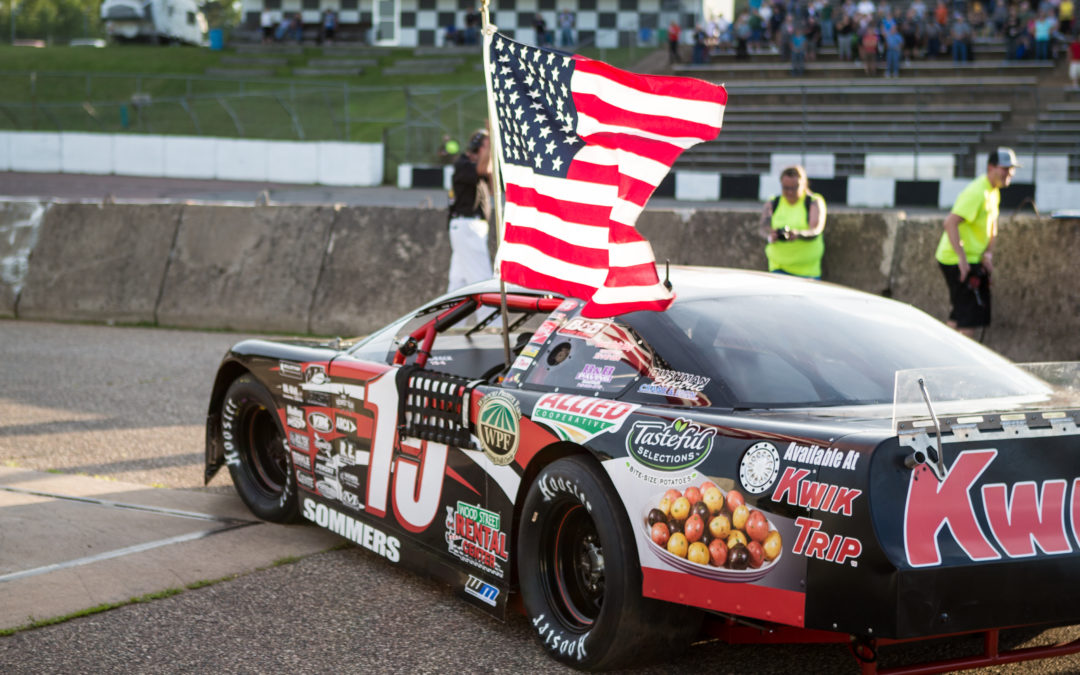 Gabe Sommers Racing’s year was a dashing success by all cumulative measures, especially given the fact it was Sommers’ first full season behind the wheel of a super late model.

The team ran 32 races across three states, notching four wins, 15 top-fives and 22 top-10s. The No. 15 posted five fast times in qualifying and placed runner up in three other series — The World Series of Asphalt (second), Wisconsin Challenge Series (second) and Tundra Series (second).

Process, not results, became the most important aspect of Sommers and GSR’s 2019 campaign.

Sommers became the point guard — the No. 15 Toyota his basketball on an invisible string — consciously aware and in control of its every movement, destination and need.

“I think knowing what the car is doing and knowing what I want in the car is probably the biggest thing I’ve learned this year,” Sommers said. “Just feedback and telling crew chief Chris Wimmer what it needs.

“Every time we make an adjustment, go back out, come back in and make another positive adjustment — that’s the biggest thing we’ve learned all year.”

When the going gets tough, the tough get going

GSR suffered a series of tough finishes — and in some cases DNFs — early in the season.

Races at Rockford, Madison, Milwaukee and Kaukauna each proved challenging, but Sommers and the rest of the GSR team put its collective head down and kept working.

“We didn’t get down,” team manager Dan Sommers said. “I think it showed just how well prepared and how good of a team we really had to be able to endure those four races that cut us back a little.

“To be able to still win (Rookie of the Year) just shows the integrity of what we built, and the equipment we had and Gabe’s talent and the preparation and everything that went into it that we were still able to pull that off.”

Dan and many of the GSR crew members have been around racing a majority of their lives, combining for better than a century’s worth of experience at the race track.

Gabe’s experience is short in comparison, but he proved to the veterans around him that he has a special skillset behind the wheel.

“I think the biggest thing was his communication and for us to believe in what he says,” Dan said. “There was always that skepticism that he’s a kid and he’s 15, and then he turned 16, and he would come on the radio and say certain things about how he felt something in the car wasn’t right or whatever it was and it took a while for all of us to believe in him.”

“I would say from his standpoint — from going to Speedweeks the very first part of the season to where we are today — his confidence in his communication has been just phenomenal.”

Gabe illustrated a distinct ability to explain to crew chief Chris Wimmer what was needed to make the No. 15 run fast. And upon earning the trust of his teammates, his confidence continued to rise.

“Working with Chris and Travis (Sauter) helped out a ton. We’re getting to know each other really good as crew chiefs and me as a driver,” Gabe said. “They’re racecar drivers too, so they know when I describe stuff to them. They know exactly what I mean.”

Sommers won two races at his home track (Golden Sands Speedway) in Plover, a Tundra feature in Wisconsin Dells and the first ARCA Midwest Tour victory of his career at the Larry Detjens Memorial at Wausau’s State Park Speedway.

The victory helped give Gabe the edge for ARCA Midwest Tour Rookie of the Year over Carson Kvapil, who finished 18 points behind Gabe in the final standings.

“Winning the Detjens race in Wausau — that was a big race,” Gabe said. “I feel like that was where the car was the best. It handled really good. We drove through the field in the first 20 laps and the car was unstoppable. Hopefully we can go back next year and run like that at all the other tracks.”

Gabe’s rookie honor made him the second-youngest to claim the award in series history. Only Matt Tifft, who ran a limited Nascar Monster Cup schedule last season, did so at a younger age.

Gabe also earned the chance to run a test car at Daytona International Speedway in January.

“He has the confidence in himself that he knows what he wants and if he gets it, he’s unstoppable,” Dan said. “He’s going to be right there to battle for the win if you can give him what he needs.”

With everything Gabe and GSR learned in 2019, expectations are on the rise for 2020.

Who can blame them?

“We brought the Fury racecar to a lot of new tracks it hasn’t been (in 2019),” Gabe said. “Now that we have notes for next year, we will hopefully finish top three in points and hopefully we’ll get a handful more wins than we did this year and maybe battle it out for a championship.”