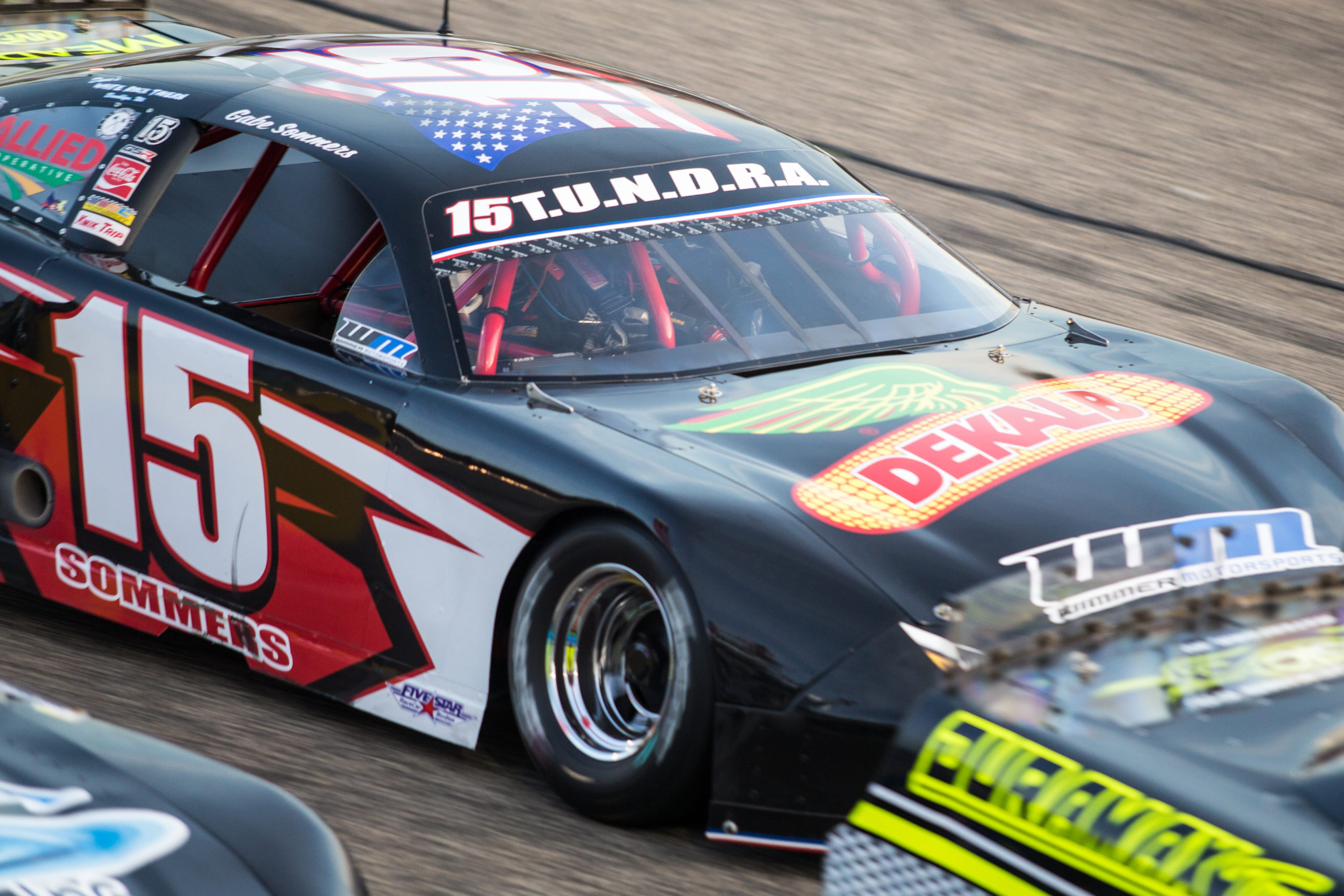 Sommers sat near the top of the 26-car field from the moment No. 15 hit the asphalt, running quality times in practice, qualifying and the feature.  Sommers led 28 laps during the 75-lap holiday race, which served as the TUNDRA Super Late Models series opener.

“I knew we would have a pretty good car when we unloaded,” Sommers said. “We led a few laps in the feature, just needed a little bit more. We pretty much had the same car we had (when we won) last year. It just wasn’t enough. We need to come back with a little bit more.”

Sommers began the race inside second row and quickly charged through the few cars in front of him, finding the chance to move to a quicker outside line in the first handful of laps.

The No. 15 led its first lap 16 laps in, and 25 straight shortly thereafter. Sommers built a six-car-length lead before the second caution flag of the night waved on Lap 43.

“The car was better the first half of the race,” GSR spotter Max Sommers said. “We were better than the cars behind us the first half. That last caution with 30 to go came out and the car wasn’t handling quite as well as it did early.”

Mike Lichtfeld (44) and Dalton Zehr (119) managed quick restarts and worked their way around Sommers, fighting for the win. Lichtfeld battled Zehr for some time, but Zehr grabbed the lead with six laps to go and pulled away for the victory.

Sommers grabbed third, holding off Casey Johnson for the top-three finish by little more than a tenth of a second.

“(Gabe) did a good job,” GSR crew chief Chris Wimmer said. “I thought he had a really good car in the beginning. Then on the last restart, it just seemed like it couldn’t quite go.”

ARCA Midwest Tour opener up next

“We have good confidence going in,” Gabe Sommers said. “I’ve never been to that track before, but (Wimmer) said he really likes it. Hopefully we’ll be able to put together a good car and come out with a win.”

Sommers won the Midwest Tour’s Rookie of the Year honor in 2019.

Wimmer believes the team is getting closer to hitting its stride after experiencing GSR’s most complete race weekend of the season.

“Surviving everything and being able to take the same race car to the race track every time is a big thing,” Wimmer said. “We’re gaining on it. We’re trying some different stuff that we think will be better, but it takes time to do it.”